Of course we can use Java's BigInteger class and iteratively generate the Fibonacci sequence until the first instance of a 1,000-digit term appears. However, such an approach might take a few hundred milliseconds.

The article on Fibonacci Number from Wolfram Alpha offers the Binet's Fibonacci Formula, which offers a closed form formula for generating the Fibonacci sequence: 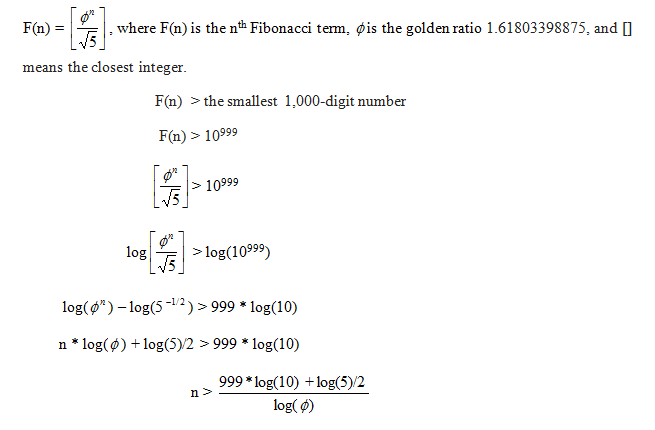 Thus, finding n would give the index of the first Fibonacci number that has 1,000 digits.